Great achievement for mini schnauzers in the Philippines! 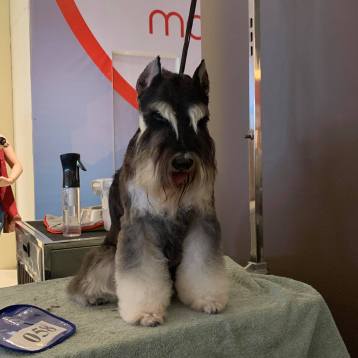 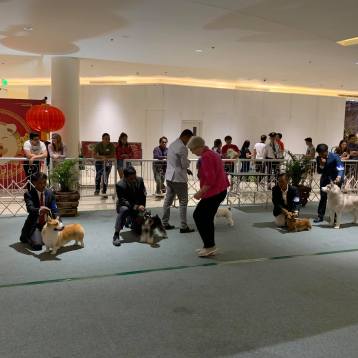 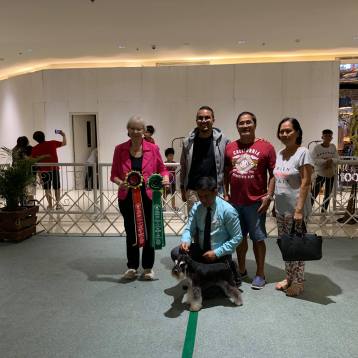 We are over the moon with the news that Charlie just won Best In Show -2 at the Cavite Canine Club’s All-Breed Championship Dog Show held on February 9 and 10 at the Main Square, Bacoor, Cavite. If you didn’t know it, Charlie was my own breeding. His pedigree name is Philippine Grand Champion Elan’s Bubbly Bulbasaur.

Best in Show is the highest prize a dog can ever achieve in a dog show and little  Charlie got second best (also called BIS-2 or Reserve Best in Show), meaning he bested 246 other dogs in the show! In addition, he also won Best Philippine Bred in Show, which means he was the best among all the non-imported dogs. The judge who gave him this singular honor is Hanne Laine Jennsen of Denmark.

On top of these, Charlie also got Best in Group-3 from judge Bob Dawson of Korea and Best in Group-2 from judge Wendy Schira of Canada. The group referred to here is the highly competitive molossoid-schnauzer group. also called the working group. This is where the breed winners compete, and for this show, the group competitors included the boxer, bulldog, bull mastiff, doberman, mini pinscher, mini schnauzer (salt and pepper), St. Bernard, and Tibetan mastiff. BIG-2 means he went second to another dog, while BIG-3 means he was ranked third in the group.

Needless to say, behind Charlie’s victory is the hard work of his hooman, Thirdee Duran and the expertise of his handler, groomer, and trainer Eric Decano. Thanks to them, Charlie has surpassed all our expectations.

As a breeder, I am so proud not only of this dog that came from our kennel, but also because of the happiness that he brings his human family. This victory is particularly sweet because this is the week of the Westminster Kennel Club Show, when preservation breeders like myself celebrate our passion and commitment to breeding purposeful pedigreed dogs.

Congratulations, Charlie!!! We are so proud of you!

(All photos from Thirdee Duran)

Mother of a pack of mini schnauzers and rescue dogs. Occasional writer and editor in two parallel kingdoms. Advocate of special needs kids. View all posts by tonreyes

This site uses Akismet to reduce spam. Learn how your comment data is processed.

Happiness is having a dog by your side